AFA attaches great importance to its future development in the Chinese market. In addition to the President Tapia, Executive President of the Federal Council Toviggino, Member of the AFA Executive Committee Horacio, Marketing Manager Peterson, Digital Media Director Ares and other senior officials of the AFA attended the conference. They bring the replica of FIFA World Cup Trophy. It also became the focus of attention at the venue. In addition, the Argentine national team player Mascherano participated in the activity as well, witnessing the arrival of Argentine football and embracing the start of a new era in China. Honored Guests including Kweichow Moutai Group, Alibaba Group and China Youth Travel Service Shanghai were invited to attend the conference.

“In 2008, Argentine national team won the Olympic championship in China. The ‘golden’ generation represented by Messi officially came into our sight. Today, Argentine football has 30 million fans in China and China has also become the second home for many Argentine players, who play in the CSL and also bring the culture and spirit of Argentine football. 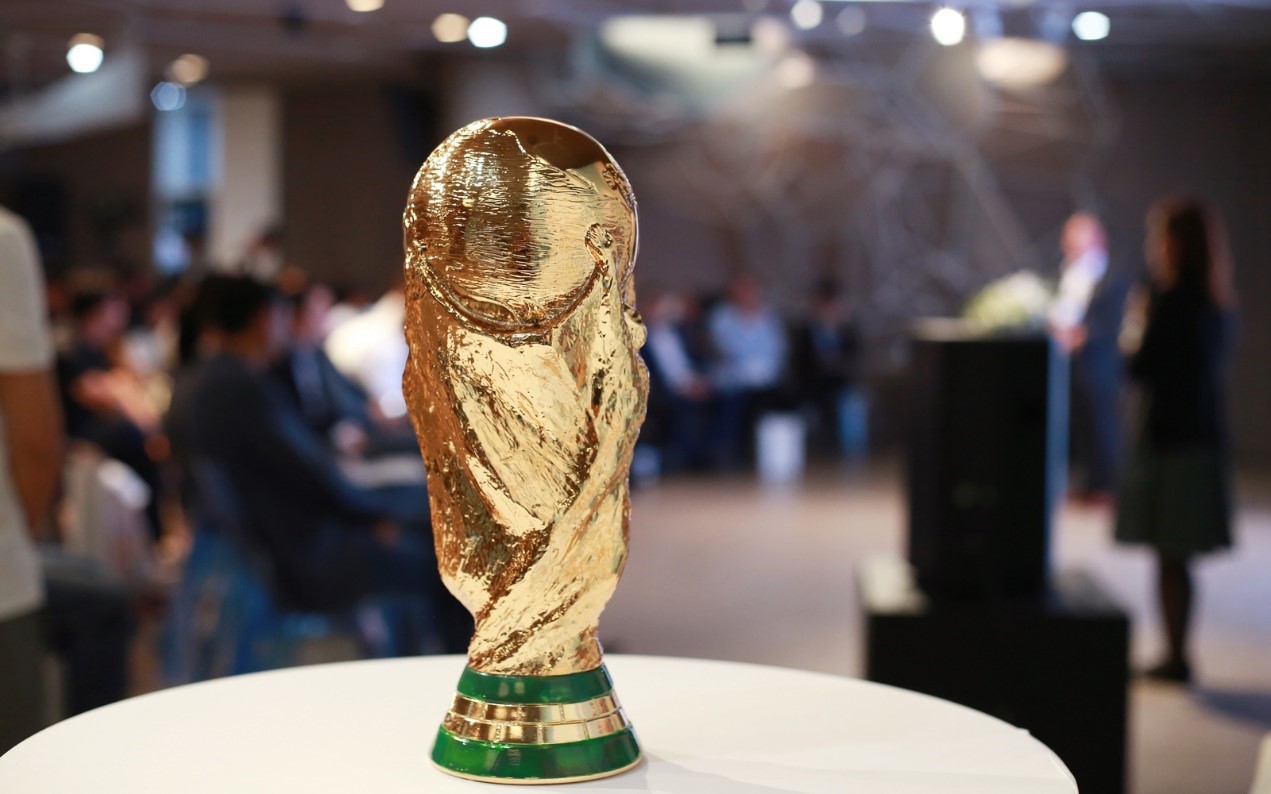 As one of the most popular national teams among Chinese fans, the Argentine national team has built a close relationship with China. The president Tapia announced the cooperation with China local partner All Star Partner. Hundreds of honored guests and the media have witnessed this great moment.

“We are getting closer to Chinese fans,” said President Tapia. Since the cooperation with ASP, AFA has opened accounts on China’s major social media platforms and attracted the support of over millions of fans in just a few months. AFA has gained great attention and interaction on Weibo, Toutiao, Douyin, Baidu, Zhihu and other social media platforms, which is the success of ASP by building the brand image of AFA. 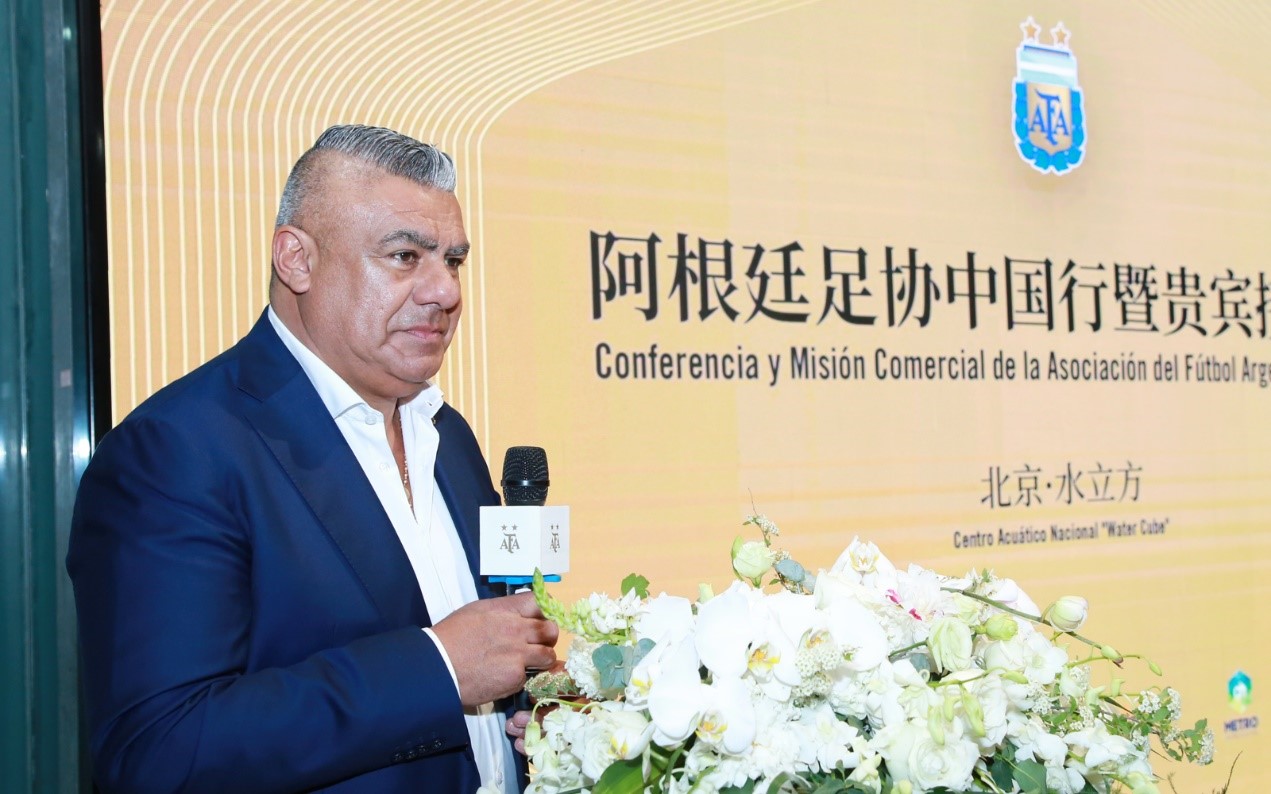 “Branding is only a part of it,” said Luo bin, CEO of ASP. “We focus on services and operation development of sports IP. We work with them to achieve both branding and commercial success in the growing sports market.”

“The AFA and the Argentine national team’s fully engagement in China, is of great significance for Chinese football, Chinese market and Chinese fans. Our football can benefit from the purely focused spirit of Argentine football and their leading global training system. Our fans can enjoy the quality of e-commerce services, membership system and official fans community, which the other major international teams haven’t done at the moment. For the China sports market, the arrival of the AFA means a series of exciting opportunities.” Said ASP CEO Luo Bin.

In his speech at the conference, Luo Bin mentioned the significance of AFA’s involvement with China market. Regarding the market and value brought by AFA and the Argentine national team, he shared a story on the spot. 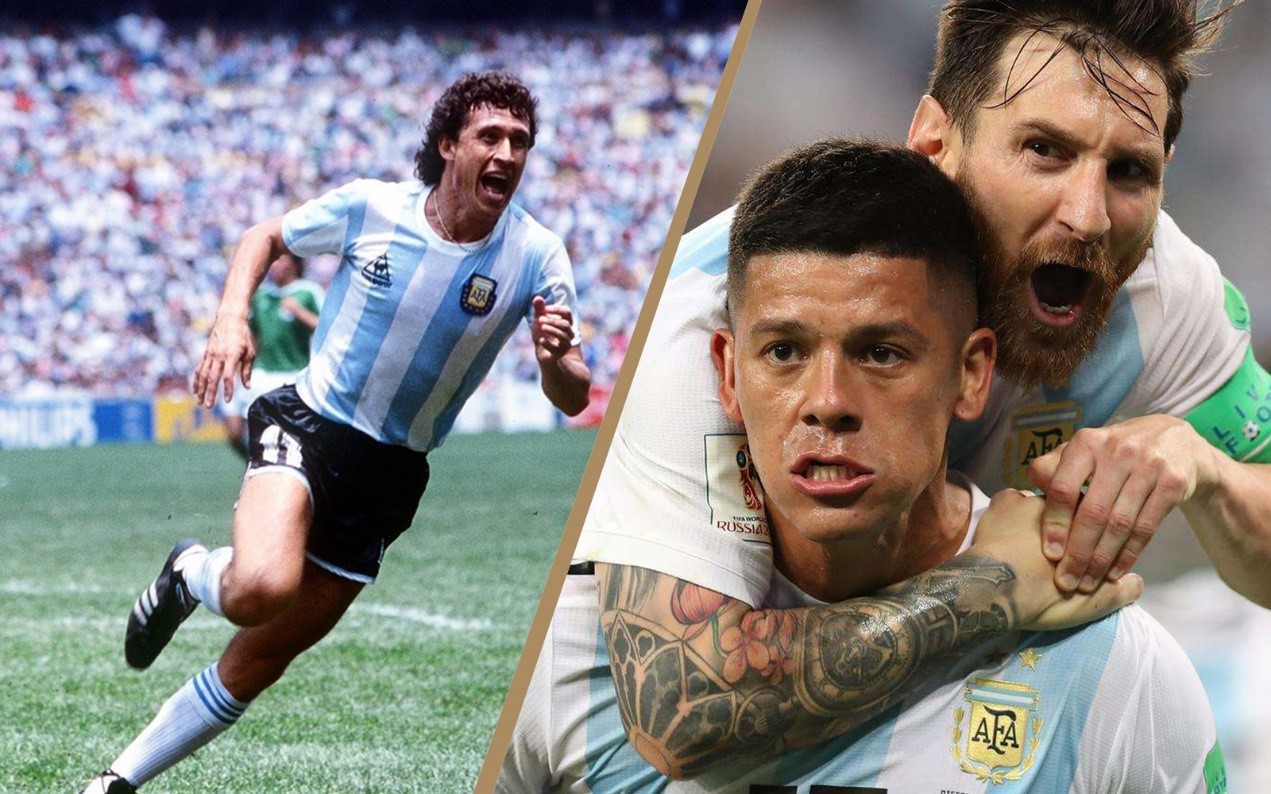 “We talked with some of our friends at the banking industry. One of the highlights is the cooperation between credit cards and top sports IP. We collected a lot of data at the time, trying to better understand what kind of sports IP would actually help credit cards get more consumers and users. And then we get an interesting set of comparisons. In a nutshell, there are two credit cards on the market, one is famous football club co-branded card and the other is the most popular singer co-branded card. Based on our usual understanding of ” traffic” and the active performance of their social media, the circulation of the popular singer co-branded cards may be far more than that of the football giants. However, the reality is the opposite, the number of the circulation of football co-branded cards is several times that of the singer co-branded cards. Then we did more user researches and figured out one thing. In this case of IP marketing, the depth of IP is the most important. That is, when we evaluate an IP, we should not only assess its traffic quantity, but also its traffic quality, and the latter is often more important than the former. Because the mental model of the user’s consumption is much more complicated than the mental model of the social media. The sense of social pride and honor brought by IP depth will play a decisive role in the end. An IP like the Argentina national team will eventually bring an advantage with unparalleled depth.”

“We take the initiative to choose a harder model”

Luo bin noted that most of the current head sports IP in the Chinese market is still at the level of digital media operation, and has not truly connected and integrated with China’s huge sports population market innovatively. AFA is one of the most important partners of ASP. It is an important task for them to break through the traditional sports IP business cooperation model and carry out systematic operation and development around the core value of IP. 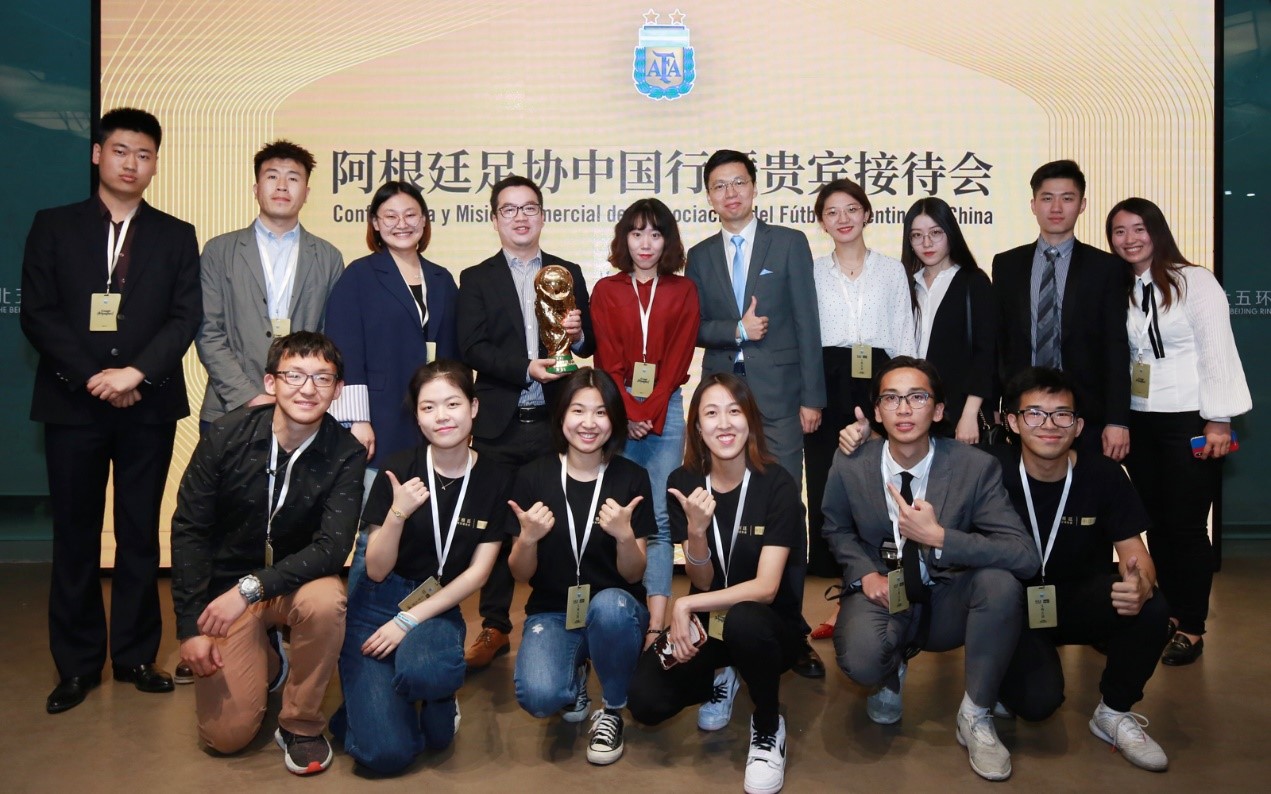 According to statistics, the current sports population in China has exceeded 470 million. At present, the sponsorship market in China has exceeded 10 billion US dollar. Sports IP accounts for about 30%, and the proportion is rising rapidly. In terms of mature markets in North America, the two figures above are 23 billion and 70% respectively, and the proportion of sports rights in the sponsored market in North America is still expanding.

In the rapidly growing Chinese market, how to combine IP operation with market trends is a major task for the ASP.

“Our commercialization is mainly divided into two parts: one is image rights management, which is to connect the IP rights with the needs of business customers, such as endorsement of image, joint customization development, activity participation, etc, which will grow steadily with the market demand. And the other part is E-commerce, and it’s one of our advantages.

The China official online store of Argentine Football Association (AFA) was launched online on April 15. By 12:00 April 18, AFA Chinese Official store, which had been launched for only three days, had reached a record-breaking sales in China. In the following few weeks, the online store which operates on two platforms refreshed its sales record many times. 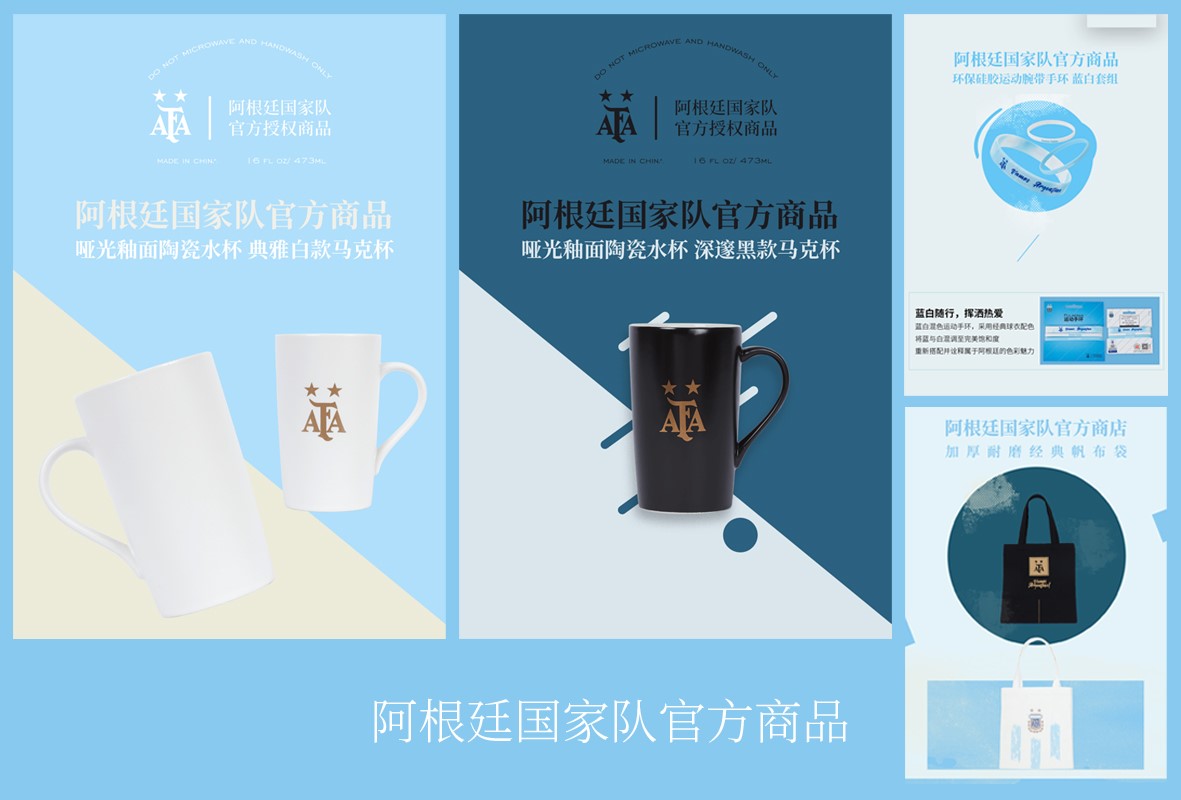 For the first national team to launch an authorized e-commerce business in China, the achievements of Argentine national team are obviously successful. ASP believes the first credit goes to AFA. “The Argentine Football Association is a perfect partner and the best client you can ever ask for. Argentine football is a glorious brand with such a long history, great honor, and obviously, a large fan base all over the world. We have great support from AFA and they put a lot of trust in our work. With the patience and flexibility, we were able to really make a strategy that is fully adapted to the Chinese market. Our understanding and methodology could be best applied to the E-commerce development for AFA.”

In the AFA Chinese Official Store, you may find the first group of more than ten exquisitely designed products. Instead of focusing on the model of traditional sports licensed products, ASP gave up a large number of traditional soccer peripheral products, dig deep into the needs of football fans, and endowed them the recognition of IP, making the products truly innovative IP licensing products with collective memory.

This kind of operation idea has obviously been well received by Argentina fans. The non-traditional football products such as pillows, mug cups, umbrellas, canvas bags and bracelets in the store have achieved good sales, among which the high-selling items are sold more than 500 pieces in two weeks.

“We haven’t started connecting too much social media traffic yet. Because there’re not enough SKUs. In addition, it will also take 1-2 months of in-house testing period for IP management, supply chain, operation and other aspects.” When the second and third group of products launches, we will start to access the media streams of 30 million Argentine fans currently around the entire network. We believe that we will be able to provide a more beautiful report at that time.”

The innovation of products is reflected in all aspects. AFA and ASP’s understanding of sports IP and the sports e-commerce development is obviously different from the traditional sports e-commerce.

“At the beginning of the project, we asked all the team members to review the classic Argentina games and observe the tense and grand moment, we asked them to pay attention, what Messi looked like in the games.” 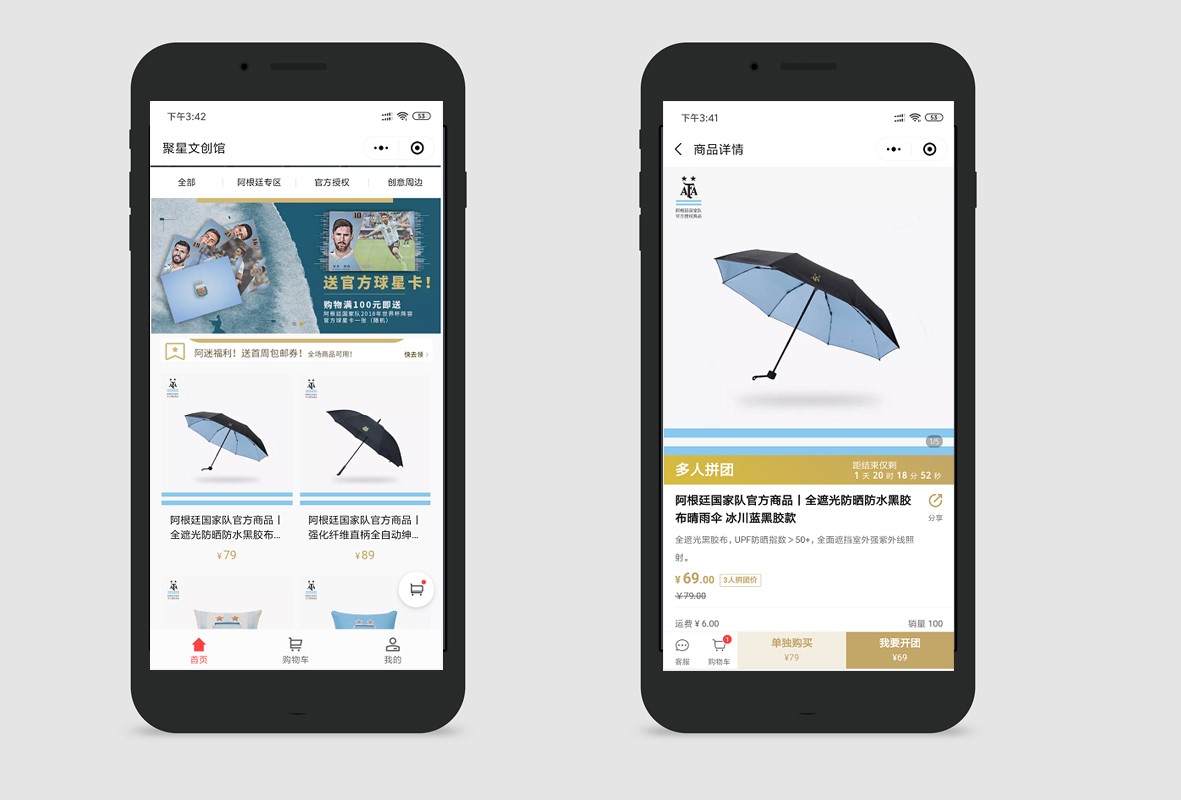 “There’s one well-known IP in China that has reached great success in licensed products. They had more than 1.5 billion CNY (around 220 million USD) sales revenue in 2016 alone. This IP is the Forbidden City.

Most people would think that the Forbidden City’s success is because of their IP’s uniqueness. And they are not wrong. But if you go back 10 years ago and ask someone which IP’s licensed products would be most successful, the Forbidden City might not be their first pick, it’s too conventional and not cool. Because the real reason for the success of licensed products is not just IP itself.”

“The Forbidden City is unique, but so is the Great Wall, and yet the Great Wall doesn’t sell many licensed products. Manchester United is unique, but so is FC Barcelona. So how do we make AFA’s products successful? We have to do a lot of research. At the beginning of the project, we ask all the team members review the classic games of the Argentine national team. We let everyone re-immerse into the tension and excitement. By observing the grand moment, how’s Messi looked like, how the players support each other, what kind of expectations the fans have, and what the psychological feelings eventually left in mind. Then we try to relate these most exciting moments to the products. It’s important to discover fan psychology, memory points, consumer mentality, social mentality, psychological identity and other elements. Only when we understand these things, can we make the digging of IP value really meet the needs of customers.

“We are now preparing for the second and third series of official products at the same time, which hopefully will soon be online at the end of the month and next month. In the following products, people will feel more about the user-oriented products and adhere to the inclusive sincerity.”

“We feel that this should be done, and we just cannot wait.”

For years and years this huge number of Chinese fans have never really enjoyed fine products and services in sports licensing and E-commerce market. When they want to buy the official products of the top IP, they either go abroad or buy them in “overseas stores” on the internet. These overseas stores’ shipments offer poor shopping experience for Chinese consumers. Few categories, low efficiency logistics and tariffs have all made Chinese consumers unsatisfied. The biggest problem is that the top global sports organizations usually only offer few product categories to the Chinese market, most of times there’s only jerseys and socks. Obviously, they can’t meet fans’ needs.

“In China, IP and manufacturers always go in different directions. What we are doing now, is that we complete the core elements of IP flow, commodity flow, customer flow and logistics in the closed loop, and finally solve the problem of product inclusiveness and user experience, we hope that this will bring the evolution of Sports Licensed E-commerce 2.0. We are proud to have the opportunity to provide exciting products and services to the huge Chinese sports consumer market with AFA, and we believe this will be a long-term good market. We have long felt that this should be done.” We are confident about the Chinese licensing market and we hope to share this confidence with partners. 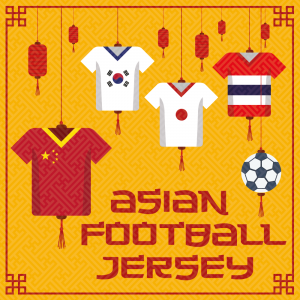